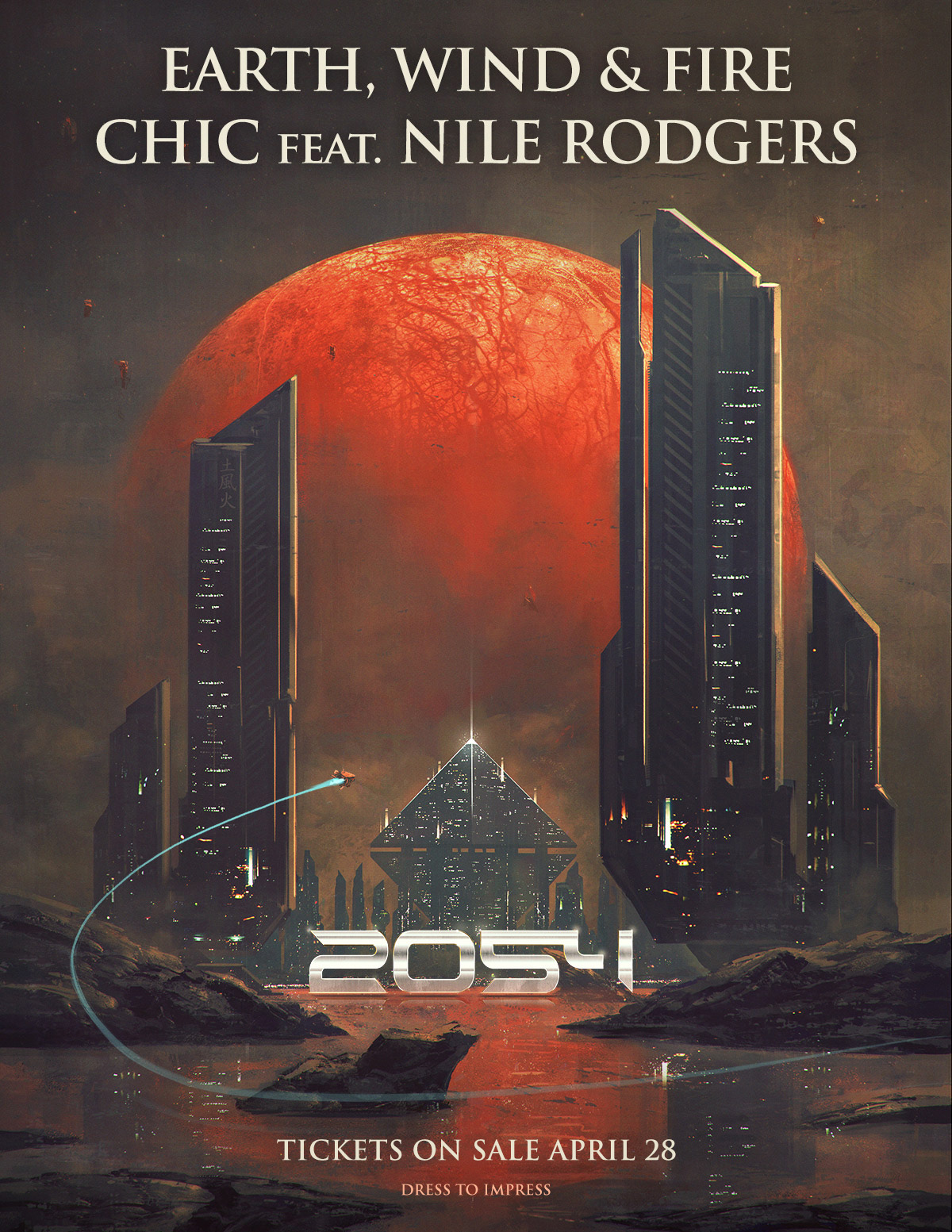 admin   |   Art   |   No comment
Earth, Wind & Fire + CHIC feat. Nile Rodgers present 2054 – THE TOUR
Two of the most successful and critically-acclaimed bands Earth, Wind & Fire and CHIC ft. Nile Rodgers present 2054 – The Tour, which will travel across 20+ North American cities this summer beginning July 12 in Oakland, CA. The tour, promoted by Live Nation, will take the multi-platinum selling groups through major U.S. cities including New York City, Chicago, Philadelphia, Atlanta, Boston and Washington, DC before concluding August 22 in Detroit, MI. Amping up the summer fun, 2054 The Tour will feature a special guest DJ and a specialized seating configuration toward the front of the stage where seats will have additional space between them to encourage audiences to dance the night away.